We find ourselves in confusing times; the economy for the middle class is in terrible shape. There is social conflict worldwide, homelessness is rising, and conflicts seem to be getting out of hand. With all that is going on today, it is hard to predict what will happen or where we are headed.

Some would say our situation is a result of our rotting capitalist system. They might focus on the corruption of politics, special interest groups, lobbyists and the wealthy elites.

On the other hand, some people will say this is the best we can expect. No matter what happens, the powers that be will keep their control, and the rest of us will continue to get screwed over. These possibilities are easy for most people to accept because, for the most part, the current economic system isn’t working for most people.

Looking at government statistics since the ’70s, it appears that wages have pretty much stagnated. On the other hand, inflation of prices has been kicking in, yet interest rates are the lowest they have been in all of memorable history. Meanwhile, we don’t see the types of growth we’ve come to expect from our shared past.

We can particularly see lots of stagnation in the last decade. If we see how much money has been printed by governments and how much our costs have risen, it’s easy to assume that nothing has grown.

At the same time, our governments and leaders don’t seem to have any solutions, as they keep on trying to repeat the past without adding anything new.

Yet, with a little bit of optimism, you can look at this situation as an opportunity of a lifetime.

There Are Always Winners

Some people believe that capitalism is the most incredible economic innovation ever discovered. In many ways, this is true; never before has the standard of living been so high for so many people. Never in the history of humans have we lived so well and with so much comfort.

Despite this, others will claim that the real problem is that we have lost our faith in real capitalism. The machine is breaking down, and there is no way left to fix it. In other words, they would say we are moving away from what has worked forever and asking for something new and misdirected.

Looking around, there are obvious winners in the globalization of world markets. With lots of access to resources, those at the top of the pyramid have gained more power than ever before and are dominating the global economy. Because of this, they have gained greater reach than ever before, and a bigger slice of the pie. 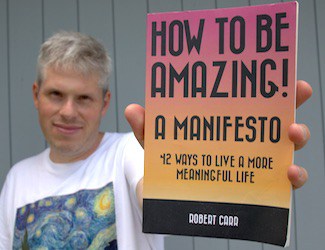 While all of this might sound pessimistic, it doesn’t have to, because this is an opportunity of a lifetime for everyone else as well.

What about a New System

This is also an excellent opportunity for people in poorer countries, as they have gained the West’s innovations at a lower cost than what was possible before. This also means that people have the ability to move to new places, including online to greener pastures, where their skills can be utilized like never before.

, says capitalism is alive and well in China and India. But he also cautions that the game might be over in the West. Our advanced economies have reached their limits, and there is no more room for growth within the system that we have.

Others have called for a leftist revolution, including a push for more socialism, or a universal basic income. This seems like the most likely solution our governments will suggest. The reason being, it would look like it was solving some of our problems that need to be fixed. But the problem is that it doesn’t solve the issues; instead, it pumps more gas into an already broken down machine.

In many ways, this seems to suggest that the West has run out of gas and is cruising on fumes.

While on the other hand, the less developed countries are hungry and still building their machines. In time, they will take the lead, and in the future, they will be the new source of innovation.

The alternative for us people who aren’t at the top of the pyramid, or in the newly developing nations, is to create a new system. Despite all that is happening, this is an opportunity of a lifetime, as we are being given a chance to create something new like never before.

In all of this crisis lies an opportunity for those with the skills and a willingness to explore what is out there. Even though on a daily basis, we are told how bad things are getting, now more than ever, the world is a place of opportunity. But the biggest challenge for all of us right now is the willingness to step up and be willing to take the necessary risks.

This also means that the innovators of today now have access to global markets. We are no longer limited to the areas around where we were born because now we have the internet and everything that it has brought with it. In addition to this, if you aren’t ready to go out on your own, there are new job opportunities for those with the skills and a willingness to try and take risks.

While everyone else is bracing for impact and backing away from challenges, this is a great opportunity for smart risk-takers.

You don’t need to be like everyone else who is being pulled into the pessimistic traps all around. If you are willing to take smart risks, then right now is an opportunity of a lifetime for you.

Instead of seeing everything as a problem, either economic, political, or social, we should instead see this as a problem of leadership. Our leaders have lead us astray; they have let us float down the creek without a paddle. But you don’t have to keep flowing away; you can change your path and take control.

Despite how things seem to be going, for those willing to take the chance to become their own leader, there are always opportunities.

Rather than blaming your country or the people around you, see these times as an opportunity to take chances and calculated risks. With a globally connected world, the internet has created more opportunities than ever before.

Surely things seem terrible, but in truth, they are better than ever before. If you aren’t willing to explore, you will miss out on these changes. But like everything in life, taking advantage of a desperate situation always comes with the possibility of a considerable reward.

In contrast to everything we see around us, the future belongs to those who see today’s problems as opportunities. This isn’t the end of times; instead, it is a readjustment of values and a new system’s beginnings.

As long as people blame the government and everyone else around them, they will be left behind.