Of all the activities we do during the day, thinking is one of the most important.

Sitting around thinking doesn’t make you lazy, instead, thinking is one of the most important things you can do. After spending only a few minutes thinking, you will make wiser choices and perform better at tasks. A little bit of thinking goes a long way in a world where thinking is discouraged.

People don’t always see thinking as a worthwhile activity, because they believe that thinking is a lack of action or laziness, but that is simply is not true.

Thinking is an incredibly important, let’s investigate this a little more.

Thinking is an Important Activity

When we are kids, we are often rewarded for doing things, our teachers ask us to write down our names, or draw a picture. When we are finished doing these things, we are rewarded. For this reason, we associated doing things with rewards and good behaviour. As we get older, the same thing happens at work, our bosses ask us to do something, and our job is to get it done.

The problem is that we are often rewarded for and asked to focus on physical actions rather than mental activities.

The above example is an oversimplification, but it makes a good point, thinking is an important activity, and in many cases, it is as important as actually doing things. We are taught to be ok with running around like a chicken with its head cut off, not because that is the best approach, but instead because it is the easiest way.

Thinking is a difficult activity because it takes lots of training and practice to get right. Often we associate thinking with being lazy or sitting on the couch doing nothing, but that isn’t the case.

Being a good thinker takes a lot of effort and isn’t something we are taught, as school focuses on memorization.

Put another way, imagine being a passenger in a car, you are sitting there watching the scenery pass by. However, if you are driving the car, you have both hands on the steering wheel and a foot on the gas. In both of these cases, the car can be replaced with thinking. In the first, you are letting your mind do whatever it wants, whereas, in the second, you are taking control and directing things.

Often, we see thinking as lazy, and in a lot of cases that might be the truth as we have not been trained. If you are sitting on the couch watching TV, your mind might be going all over the place, so it isn’t doing anything productive.

If you are sitting on the couch and thinking about a problem that needs to be solved, you are being very productive.

The idea here is that directed thinking is an activity, a very important one at that. When our lives are easy or we don’t have much to do, it is easy to let our mind go where ever it wants. However, if we have an important obligation, we need to focus our attention and make sure our brain is doing the best that it can. When we think about the things we need to do, we prepare ourselves to do our best; if we think about a task before we do it, we will always do it better.

When it comes to doing things well, it is important to take some time to think because thinking is better than acting without thinking.

That said, we always have things to do, so we must do them, but if we think first, our activities will be done faster and better.

When it comes to asking if thinking is an activity or not, it is important to consider the two different ways that we think about thinking. The first way is the stuff that flows through our heads all day long, no matter what we are doing. The other type of thinking is the kind we do when we want to solve a problem.

In the first type of thinking, your mind might be racing or going through all the things that happened during the day.

If someone was to ask you what you were thinking, you might not have an answer. In these situations, the thinking you are doing is like a wild horse running through a field. Your mind might be busy, but it isn’t doing anything special, it is more restless than anything else.

If someone were to ask you what you were thinking while doing this type, you might say, “I was thinking about this math equation” or “I was thinking about what I wanted to eat for dinner.” In both of these situations, the thinking is directed towards accomplishing something; you are thinking for a specific reason, rather than letting your mind flow where ever it wants to go.

The first type of thinking could easily be written off as nothing, while the second type is clearly an important activity. It is good to let your mind go with the flow sometimes, but it is also important to make your brain work hard and do the important work of directed active thinking.

My ex used to hate the word conscious; she always had trouble saying it and didn’t like using it in a sentence. The easiest way to think about conscious thinking is to say it is the type of thinking that is on the surface and obvious.

When you are thinking about what you want to do on the weekend, you are consciously thinking. The other type of thinking is unconscious or sometimes called sub-conscious thinking.

This type of thinking happens below the surface and isn’t connected to the things that are on our minds. Every day we do lots of unconscious thinking, we don’t have to think about breathing or keeping our hearts beating, because our brains are always subconsciously thinking about those things.

What is important here, is that we often let our minds do whatever they want, but that doesn’t mean they aren’t thinking. Our brains are always active in thought, even if we don’t realize it. At the same time, we might have thoughts or ideas bouncing around in our heads; at these times, there is something going on.

But if we aren’t directing those thoughts, then we aren’t thinking actively.

The key here is that even if we aren’t thinking about things, our minds are still busy. At the same time, even if there is stuff going on inside our heads, that doesn’t mean we are actively thinking either. Either way, remember that you are always thinking, but you aren’t always actively thinking.

When I went to university, I studied science, particularly biology; as a part of my electives, I choose to take classes on critical thinking. Now when I talk to my friends about taking a class on that, they are surprised. They say they were never introduced to critical thinking, but it would have been a helpful skill to have back then.

Critical thinking is the ability to think clearly about your ideas and opinions and the goal is to use our facts to come up with clear judgments.

Most of the time, we jump to conclusions or take what other people say as the truth. But critical thinking turns those assumptions upside down and asks us to think for ourselves.

To apply this, when you are faced with a new idea, ask yourself where it comes from or why you believe it. Take some time to think about your assumptions, do they make sense? are they right? are they justified? Next, you want to look at your reasoning, do the facts lead to the conclusion or have you skipped some steps. Put another way, do the facts lead to your conclusions or do they lead to something else?

It is easy to skip steps and make quick decisions rather than following the facts, but that doesn’t always lead us where we want to go.

For the last step, ask someone else how they think about the problem, getting someone else perspective will help you clarify your own thoughts and beliefs. It will also help you spot errors in your thinking that you overlooked. 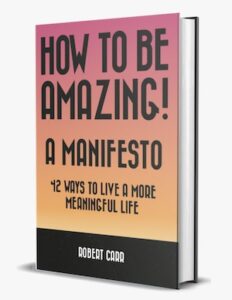